I. What Was Once Art: An Invitation to Visit Ravens House, A House of An Art Lover

Before he decided on the final title for his book, George Orwell vacillated between 1984 and The Last Man in Europe. The fact that the latter was eventually dropped in favour of the former, does not dissuade me from considering the story of Winston Smith, the main character in the book, from the perspective of the forgotten title version of this novel. As the last man in Europe, the last to attempt escape through love – the experience of love for another, and an inherited, humane love of beauty and art, even in the absence of it -, Winston is bound to embark on a strenuous search; a search for his alter ego, a search for the rare artifacts from a forgotten world that bear the memory of what was once art. In the grim economy of this world of the future – the world of 1984 – there are only two such manifestation of  beauty in Winston’s love of life and art: Julia and a presse-papier.

Julia, the beloved, the bearer and symbol of love, as well as the glass presse-papier – which, a common accessory in the past, loses its purely decorative function and becomes the sole reminder of the beauty of lost art -, both prove too fragile to survive the future. By the end of 1984, Winston’s love of Julia is lost to doubt and to the certainty of terror and pain inflicted by the dangerous minds behind a distorted regime. At the very moment when Winston and Julia’s relationship is uncovered, and the troops ravage their hideout, the glass presse-papier shatters into little pieces as it hits the ground. What does this say about the future of life and art, about the last bastions of humanity?

1984 offers all the coordinates of a dystopian, future reality. Does the outcome of the last love story of the 1984 future stand to prove that man’s destructive powers have the final say in shaping the reality of life? In fiction, it does; in reality, the balance between man’s positive creative power and man’s ability to destroy is yet to be established. I like to think that man’s creative power wins this battle more often than not, and I think that this is true for past, present and future. This, I believe, is more than wishful thinking. I believe there will always be a house for an art lover, where memory, art and faith will co-exist in the face of catastrophe.

As the first new public institution of culture set up after 1989, the International Cultural Centre seated in the historical building of  the Ravens House, has housed from 1991 until present day, many memories of a multicultural pan-European past, as well as numerous contemporary manifestations of culture. In  2010, at the beginning of its second decade as the seat of the ICC, Ravens House became, yet again, a house for an art lover. The artistic artifacts included in the exhibition inaugurated at the beginning of this month at Ravens House have been created within a fifty-year period, between 1870 and 1930. They introduce today’s visiting guests at Ravens House to important Bohemian and Moravian artists whose memory is thus cherished and preserved.

The face of a woman on a colour etching on paper, a woman with enchanting eyes, gazing away into the world on her right, is the face of this exhibition. From first sight it gives its viewers the perspective of its author, Vojtek Preissig (1873 – 1944), and offers them a glimpse into his world. She could very well be The Last Woman in Bohemia and Moravia at the turn of the19th century.

In his analysis of the history of Bohemia and Moravia at the beginning of the 20th century, the Czech historian of architecture Pavel Zatloukal notices that

As in the Renaissance, the movement that emerged around the year 1900 was an individualistic, aesthetic attempt at rebirth. And just as the Thirty Year’s War and the Counter-Reformation in this part of the world buried the surge and widened the gulf separating Central Europe from the West, so our part of the continent was destroyed in the 20th century by totalitarian collectivist experiments, which finally turned out to be successful suicide attempts.

How, we might ask today, did the Last Woman of Bohemia and Moravia survive unharmed to this day, to make her appearance on Polish soil, in a house of an art lover?

Just like the art lovers of her days, today’s art lovers have resurrected her from the annals of oblivion, and along with her, a throng of other delightful works that have ennobled European houses of art lovers for over a hundred years. In honour to the living memory of the age of the Last Woman in Bohemia and Moravia, let us dream about the yet unwritten novel on 2010, a novel set in Krakow, at Rynek 25.

II. The World We See  Through Other People’s Eyes: On Photography, and This Year’s World Press Photo Award

Out of the great diversity of the visible world surrounding us there are images that prevail, images that rest with us, more intimately than others. Hanging on within our memory, attached through invisible emotional threads, they become part of our story. Whether we know it or not, these images brought to us by coincidence or chance carry along a history of their own, as well as meaning, a meaning we might never get to know.

From the faces of strangers we come to recognise as familiar,as to the cities we have never visited or the wars we have never fought, the world reveals itself through eyes different than our own, through photographs taken, for instance, by journalists around the world. This is a process in which personal outlook comes to be embraced by different communities of viewers, in which the first-hand visual experience of a certain photograph is strong enough to inflame other viewers  with the same intensity of the initial moment; it is a process in which individual memories become collective heritage.

These words could describe the photograph that was chosen as the World Press Photo of the Year 2009 on February 12th, 2010. Even if some of them give the historic coordinates behind the photo, these words, however, are insufficient on their own, without the photo of their origin and even further than that, taken out of their general context. As the Jury chair, Ayperi Karabuda Ecerhis, recommends, this photo of the series included in the category “People in the News” needs to be visualised in the context of its series and further on, in the context of the other world press photos of 2009. That is because any individual photo on its own has more limitations in conveying the story behind it than all the photos submitted, which make up the great canvass of editorial photography and the even greater canvass of people’s daily lives.

We may not be in possession of award winning photographs ourselves, but each of us cherishes at least one photo in our private collections; and even if we may have to wait until the World Press Photo Exhibition will reach our environs, we can still gain access to its photos on-line.

Many eyes are open to the lines that shape our world. Even as we close our eyes  in sleep other eyes  in different parts of the world  open up to a new dawn.

In sharing the world we are sharing its multifarious images and in understanding them and their history we come closer to understanding ourselves.

Somewhere our eyes will always be wide open.

Cultural me, Cultural you

About “Cultural me, Cultural you”

“Cultural me, Cultural you” is the radio show that seeks to give forum to the diverse international cultures living in Poland today. Through interviews, discussions, music and readings, this show is a foreigner’s look at 21st century Poland and the world; hosted by Romanian writer Alina Alens.

February 7, 2010 | Categories: The Irreverence of Hosting a Radio Show in English | Leave a comment 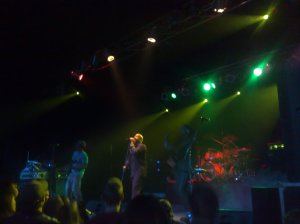 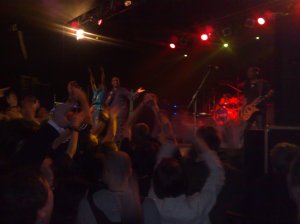 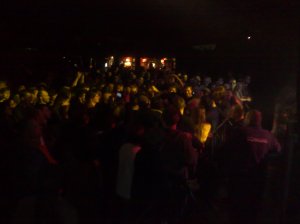 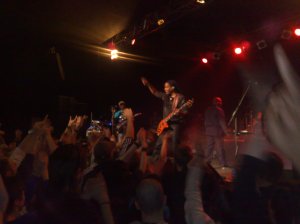 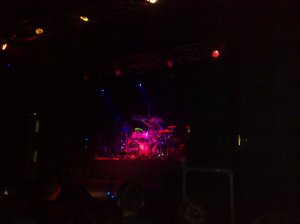 February 2, 2010 | Categories: The Irreverence of Music and Lyric Writing | Leave a comment

All the literary, creative & artistic materials & documents used on this site are licensed under a Creative Commons Attribution-Noncommercial-No Derivative Works 3.0 Unported License, unless otherwise specified.

GUTEN TAG! [the place where anybody can find out more about everybody else and sometimes about something else]